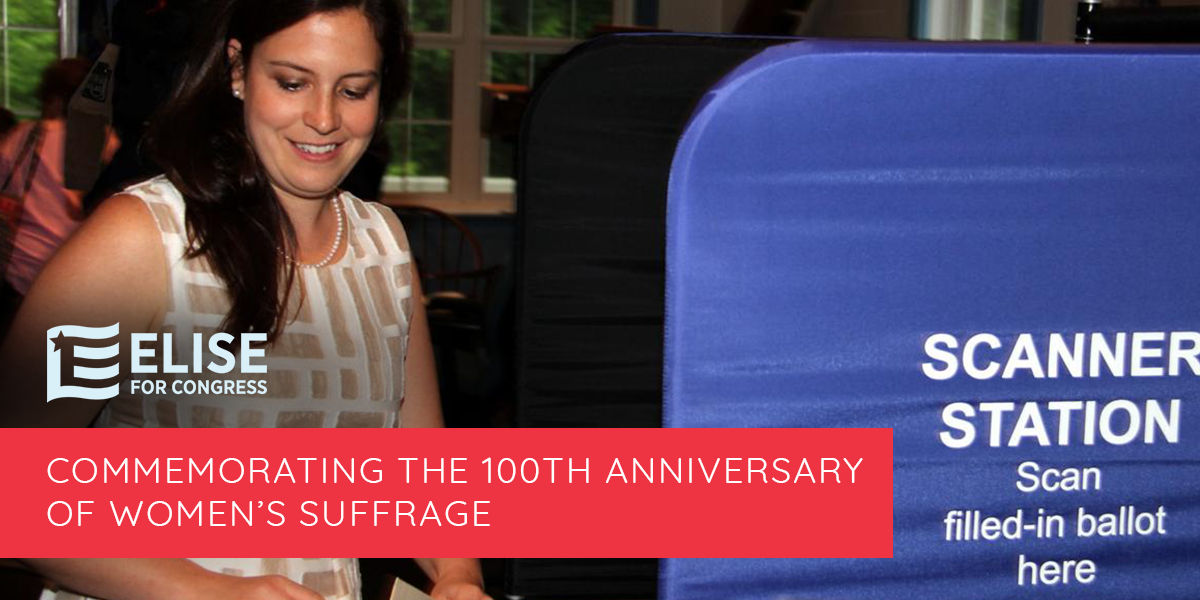 I was proud that my bipartisan legislation to commemorate the 100th anniversary of women’s suffrage was signed into law by President Trump. This bill authorizes the minting of commemorative coins to celebrate the occasion at no cost to our American taxpayers. The leader of the women’s suffrage movement, Elizabeth Cady Stanton, was born and raised in Johnstown right here in NY-21. I’m honored to pay tribute to her lifetime of incredible work and advocacy along with many other leaders of the women’s suffrage movement.