GLENS FALLS, NY—This week, Mark Frost the Publisher and Editor of The Chronicle Newspaper, the most-read newspaper in Warren County, endorsed Congresswoman Elise Stefanik for re-election. In his weekly Inside Scoop, Mark stated Stefanik is in touch with the issues that matter and “aligned” well with New York’s 21st Congressional District’s voters, unlike her opponent Far Left Downstate Matt Castelli, who Frost rightfully points out has never voted in the district.

“I’ll be voting for Representative Elise Stefanik. Overall I think she’s doing a good job representing the 21st District. She’s very smart, totally up to speed on many issues, aligned with most of her constituents.”

“Matt Castelli has never voted in the district. He just moved here. I’ll admit it jolted me to hear him in a TV commercial say Stefanik failed to represent “us.” Kind of quick to refer to yourself as “us’, I thought.”

Read the full editorial HERE or below. 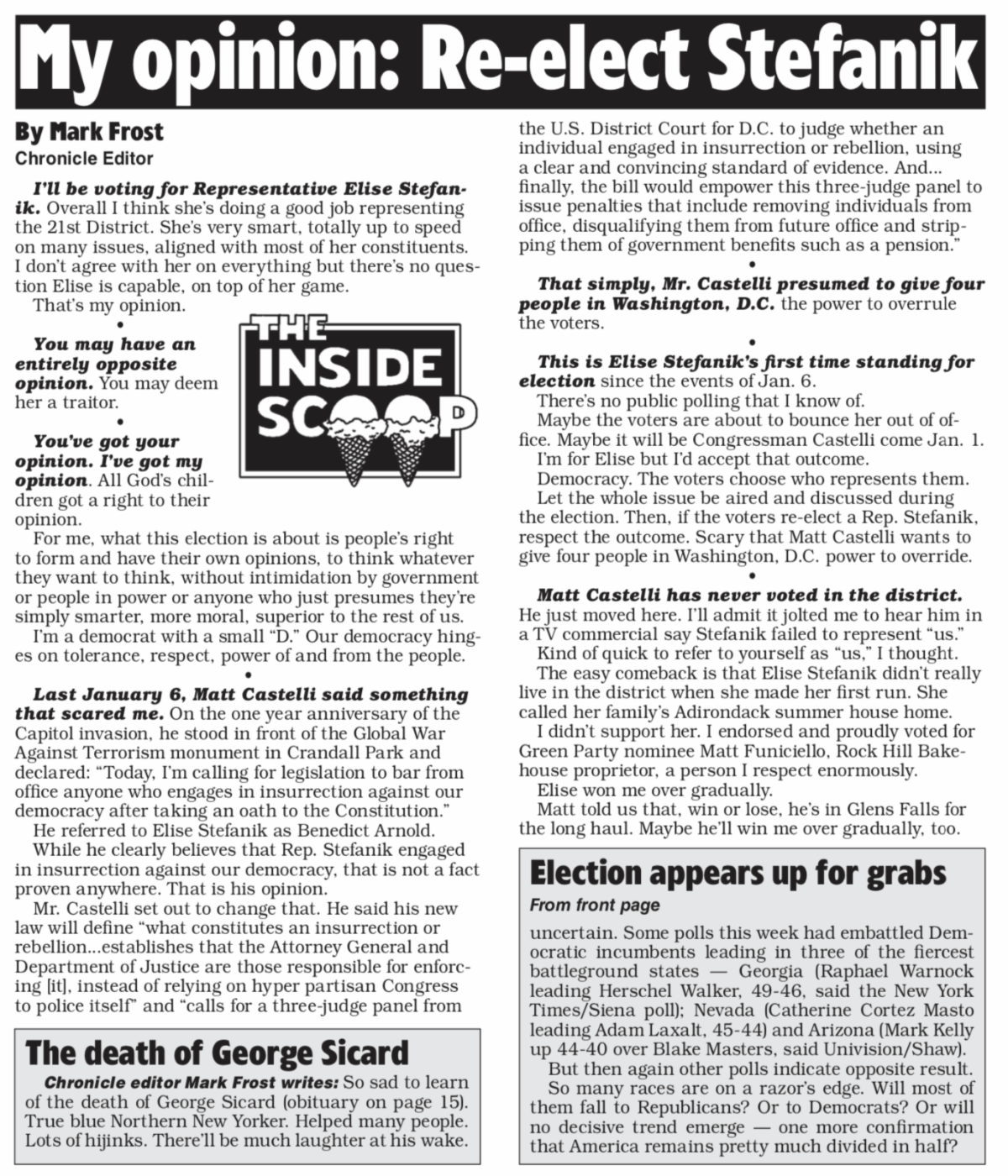